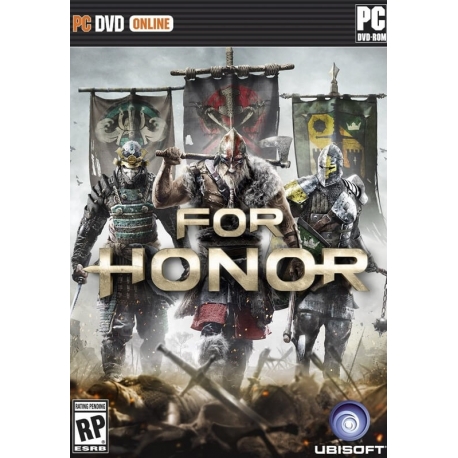 Enter the chaos of a raging war as a bold knight, brutal viking, or mysterious samurai, three of the greatest legendary warriors. For Honor is a fast-paced, competitive experience mixing skill, strategy, and team play with visceral melee combat. The Art of Battle, For Honor’s innovative control system, puts you in total control of your heroes, each with distinct skills and weapons, as you fight for land, glory, and honor. As a skilled warrior on an intense believable battleground, you annihilate all soldiers, archers, and opposing heroes who stand in your way.

The innovative ART OF BATTLE system lets you feel the power of every strike, the strength of every impact, and the weight of the weapon in your hand.

Feel the weight of your blade in our breakthrough control system, the ART OF BATTLE

Master the legendary fighting skills of: