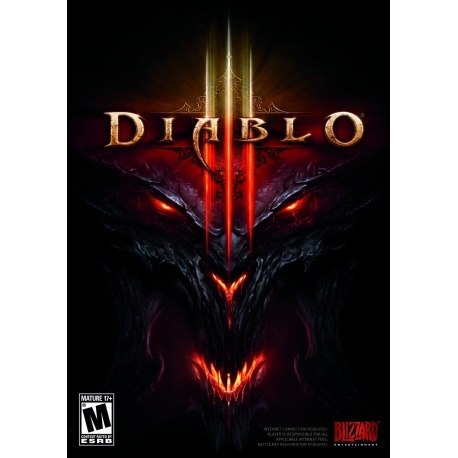 Diablo III is the inheritor of this legacy, and we've added even more elements to the game to keep building on our vision for the world of Sanctuary.

Both games established the series' hallmarks: randomized levels, the relentless onslaught of monsters and events in a perpetually fresh world, unique quests, tons of items, and an epic story about the High Heavens, the Burning Hells, and the hapless and heroic human beings caught between them.

Diablo III is the inheritor of this legacy, and we've added even more elements to the game to keep building on our vision for the world of Sanctuary.

In Diablo III, runes give you unprecedented control over your skills and powers, changing elemental damage types, accuracy, and area of effect; adding new debilitating effects like slows and stuns; and even altering the nature and appearance of your abilities.

Sometimes a hero needs a helping hand. Followers, champions brave enough to join you in battle against the Burning Hells, are similar to Henchmen from Diablo II in that they can be outfitted with relevant arms and armor, but they're upgradable with their own skills, allowing you to customize how they fight and what passive benefits they convey. They're also fleshed-out personalities in their own right.

As you meet and assist people during your journey through Sanctuary, some of the world's most talented craftsmen will sign on to travel with you. These artisans are capable of putting the materials you'll find in the wilderness or salvage from unneeded items to good use, hammering out customized suits of armor or combining gems to unlock their powers.

Invest time and money into an artisan's training, fill their shop with worthy materials, and they'll keep improving the quality of items they can produce, augment or combine for you.

To push Diablo's blistering fast pace even harder, we've made some changes to Diablo III's character and inventory 'management' systems, so you'll spend more time using new powers to slay your enemies and get loot. Rather than hoarding skill points and holding off on improving your abilities while you wait levels for an ideal build, Diablo III lets you "respec" your skills readily to experiment with interesting choices. You can also share items between all of your characters just by placing them in your stash, and you can identify unknown items and teleport back to town without needing to collect scrolls and tomes to do so.

Combat in Diablo III follows the established model of clicking on your squealing, snarling enemies and watching the carnage – but it's deeper and richer. Scads of defensive abilities for each class mean more tactical possibilities; cooldowns on potions guarantee that choosing your targets carefully and controlling the battlefield is as important as what you bring with you to a fight, and the presence of health globes ensures that mobility can mean the difference between life and death.

Diablo III adds new control options to the classic Diablo II hotbar, including full customization of all shortcut and mouse buttons, to make using your skills during combat quicker than it's ever been.

There are six classes in Diablo III; five (the barbarian, witch doctor, demon hunter, and monk) are veterans of the battle for Sanctuary, and the crusader joins them in the Reaper of Souls expansion, boasting many, many new destructive tricks for tearing through foes. Each class has a unique resource system and appropriately different playstyle.

Diablo III has more different, distinct monsters than Diablo I and II, and these monsters all bring their own special destructive abilities, some new and some familiar. The variety of Diablo III's random items is similar to that of the other Diablo games (though we've included Legendary items), but we've added thousands of new combinations, many with unique abilities and previously unseen properties.

In past Diablo games, fighting with other players acquired something of a storied history. In Diablo III, we wanted to create a more formalized play-space for heroes to test their mettle – so we decided to marry classic Diablo dueling to opt-in fights in the Scorched Chapel, a zone designed for brutal, fast-paced free-for-all combat.

Change your game's difficulty to fine-tune your challenge, and multiply the spoils of war you'll extract from your enemies.

You'll be able to show off your achievements with a battle standard, a banner visible to all players on Battle.net that will be a visual representation of your accomplishments in Diablo III. And you should expect even more ‘endgame' additions to come - ones that'll let you pursue unique goals and achieve more glory in the world of Sanctuary than ever before.

Diablo has always been a macabre take on a classic theme – the battle between good and evil – set in a world of fragile people who have somehow persevered through chaos and tragedy. In Diablo III, we're taking this story to new heights (and depths), and exploring parts of Sanctuary we've only hinted at in the past.

Welcome, and welcome back.